(MENAFN - AFP) After half a century lacking basic goods, many Cubans
have become experts at fixing devices and cars long past their prime.

Cuba's "fixers" are ubiquitous on the street corners of the
communist-run island, offering to repair items ranging from classic
American cars to umbrellas, mattresses and appliances.

Often, they set up shop alongside sellers of home-made brooms, kitchen
utensils and cleaning products -- all hard-to-find goods under the more
than five-decade-old US embargo.

The embargo is the thorniest issue dividing the United States and Cuba
as the Cold War foes embark on the historic rapprochement announced in
December by US President Barack Obama and his Cuban counterpart Raul Castro.

"Anything can be repaired here. For really tough jobs, we just patch it,
glue it, sew it and it's fixed," said cobbler Raul Norguel, who works
daily miracles on ancient shoes with a sewing machine that dates from
before the Cuban Revolution in 1959.

"It should be in a museum," the 40-year-old craftsman said of his
precious Singer machine, a hand-me-down from his grandfather.

In his workshop in Vedado, a downtown neighborhood in the Cuban capital
Havana, he also has an electric sander built with the motor from an old
Soviet "Aurika" model washing machine -- a trusty power source for the
island's appliance hackers.

Others build their own parts, like Raul Lopez, a mechanic who made his
own camshaft for his pre-embargo Buick after waiting months for an
imported one from Argentina that broke within a week.

"I had no choice but to invent this," said Lopez, 51, at his small shop
in Havana.

"In other countries people throw them away when the gas runs out. Here
we poke a little hole in the bottom, refill them and seal them with a
pin," he said.

His clients include people too poor to buy new lighters but also
better-off customers who simply can't find them.

The job of "lighter repairman-refiller" is one of 200 categories of
private entrepreneurs authorized by the government as part of Castro's
recent reforms aimed at reviving the flagging state-controlled economy.

Although newly authorized, many of these professions were in fact born
during the crippling economic crisis that followed the collapse of the
Soviet Union, when Moscow's subsidies to Cuba disappeared overnight.

"Cubans have had to develop a philosophy of recycling that has given us
an incredible capacity for survival," said Fidel Rangel, a 65-year-old
craftsman.

Today these "fixers", like other Cubans, say they hope the landmark thaw
in US-Cuban relations will bring them a better life, with access to
quality equipment at affordable prices.

But only time will tell what becomes of their professions in a
post-embargo Cuba that may no longer seek to keep its gadgets running
against all odds." 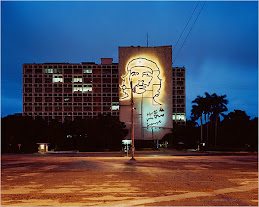